Is It Time to Redefine Small Business? 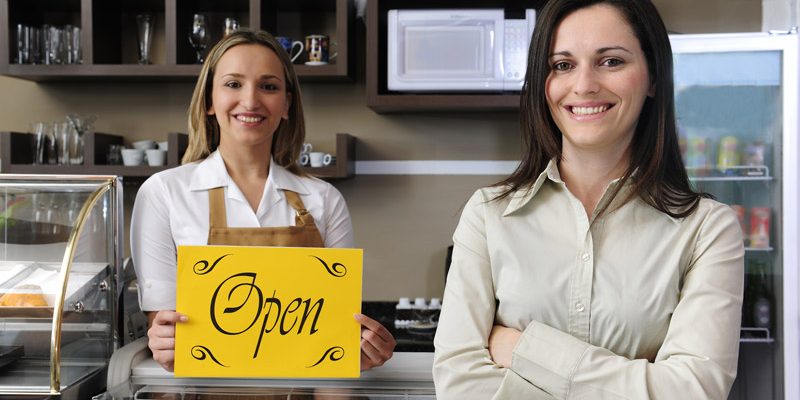 I began writing this piece to discuss how the latest tariffs imposed by the United States and China are unfairly affecting Small Business and how large corporations garner support from the Administration, specifically the Department of Commerce to circumvent these newly imposed tariffs, i.e., Apple. The tech giant was able to convince the Administration that if they were subjected to a tariff, it would have a negative impact on their glassware company in Kentucky as well as several chip makers in the U.S. In the end, Apple was able to avoid tariffs on its smartwatch, Bluetooth headphones (AirPods) and the HomePod Smart Speaker. As a small business owner, I fully support fixing our trade imbalance with China and placing tariff’s on specific goods, but exemptions need to be fair and transparent across the board. For months, Small Businesses have complained that the procedure to apply for an exemption was unclear and tilted toward big companies that have been able to suppress requests from smaller ones. For example, big steel companies could file objections at the tail end of the 30-day comment period and ask the Commerce Department to deny the request. At that point, it was generally too late for the smaller companies that were applying to respond before the Commerce Department issued its decision. In mid-September 2018, the Commerce Department announced new guidelines stating companies will have more time to respond when other companies try to block their exemption requests. However, this new ruling only applies to Steel and Aluminum tariffs. It will be interesting to see if the new policy actually changes anything. Nonetheless, the U.S. would suffer greatly if Small Businesses became obsolete, which could become a reality in certain sectors directly impacted by the distribution of new tariffs. More to come on tariffs in another blog! But let’s talk about what it means to be classified as a Small Business and if it’s time to redefine the qualifying sizing criteria, again, for Small Business.

My research led me to the Office of Advocacy for the U.S. Small Business Administration (SBA), which in part is responsible for conducting, sponsoring, and promoting economic research that provides an environment for small business growth. They also produce an annual report on small businesses operating in the United States. Before we jump into their annual report, I’d like to ask a simple question. One that should resonate with you as this past weekend we celebrated “Small Business Saturday”, which is an American shopping holiday held on the Saturday after Thanksgiving, during one of the busiest shopping periods of the year. So what type of business do you think of when I say Small Business? The mom and pop store selling knickknacks on Main street or the produce company down the street that employs approximately 450 people and generates several million in revenue each year. Which one celebrates Small Business Saturday? Well, surprise, they both do!

Whether you’re a sole proprietor, LLC, partnership or corporation, the SBA defines a business as small mostly based on either the number of employees over the past 12 months or the average annual receipts over the past three years. These standards are used to help determine whether a business is eligible for SBA’s small business contracts, including financial assistance. The two most widely used standards to qualify a business as small are 500 employees for most manufacturing and mining industries and $7.5 million in average annual receipts for many nonmanufacturing industries. There are many exceptions to these standards because size standards vary by industry. Given this qualification criteria, it’s no surprise our produce market down the street qualifies.

For argument sake, let’s assume there’s bipartisan agreement that Small Businesses serve as the backbone of our economy. President Trump constantly promotes Small Business during his foreign visits and Congressional members continuously advocate the same. But did you know that according to the latest statistics by the SBA’s Office of Advocacy, small businesses make up 99% of United States businesses and employ approximately 47% of the private workforce in the U.S. Let’s take a second to absorb that statement. Ninety-nine percent of businesses in the United States are classified as Small Business. To bring this statement home, it’s like saying we support our Service Members and 99% of U.S. citizens are Service Members. So what Congress and other political figures are saying when they tout Small Business is that they support all business. But is all this grandeur just smoke and mirrors? Maybe so, maybe not. I believe they think they’re creating a level playing field by classifying all businesses the same but in reality, the playing field is far from level or equal.

As background, Congress passed the Small Business Act of 1953 which created the SBA. The congressional intent was to use the SBA to deter monopoly and controlling groups within all industries by eliminating competition in the marketplace. More than sixty years have passed since the SBA established its initial small business size standards on January 1, 1957. We’re seeing decisions made then regarding the rationale and criteria used to define small businesses continue to influence current policy. In 2010, Congress passed The Small Business Jobs Act which requires the SBA to “make appropriate adjustments to the size standards” to reflect market conditions, and to report to the House Committee on Small Business and the Senate Committee on Small Business and Entrepreneurship and make publicly available “not later than 30 days” after the completion of each review information regarding the factors evaluated as part of each review, the criteria used for any revised size standard, and why the SBA did, or did not, adjust each size standard that was reviewed. The act also requires the SBA to ensure that each industry size standard is reviewed at least once every five years. Did this fix anything? In short, no. As a matter of fact, the number of businesses classified as Small Business have increased from 99.7% in 2010 to 99.9% of all U.S. businesses presently.

So why do 99% of U.S. companies qualify as a Small Business? Did the government in 1953 intend to allow 99% of the country’s businesses to qualify for the Small Business advantage? I.e.., less regulation, access to small business loans and grants to help cover start-up costs whereas large corporations usually rely on investors and are not eligible for small business loans. Small businesses also have lower operating and overhead costs than large chain stores and enjoy many tax incentives.

As a small business owner, is there any true Small Business advantage if 99% of all other businesses fall into the same category? I’m aware of the Special Top Four classes that realize a benefit and justifiably so. These businesses are Service Disabled Veteran Owned, HUBZone, Women Owned Small Business and Small Disadvantaged Business. These accreditations help companies rise above their competitors, especially with securing government contracts. But these companies amount to just a handful when compared to the 30 million small businesses currently operating in the United States.

I think it’s time the government takes a hard look at redefining what a Small Business looks like, with true protections from unfair trade tactics and undue influence from big industry. For Small Business to truly succeed requires unfettered representation in Congress and local governments. The size and annual income should be capped at a reasonable threshold, not 500 employees or several million in annual revenue. The current sizing tables are not reasonable and have gone relatively unchanged, thus 99% of our companies remain classified as Small Business. What’s your take?